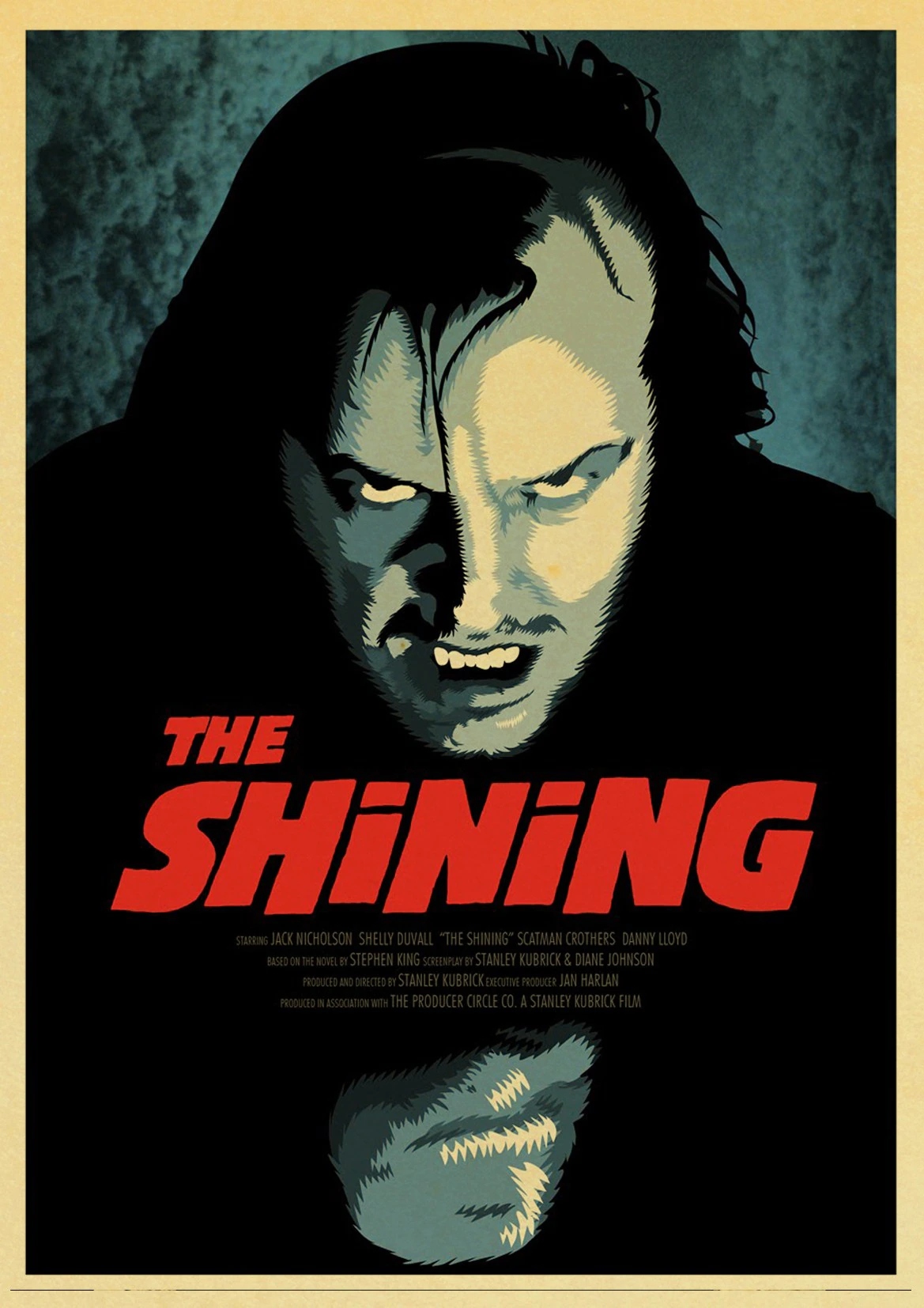 An alcoholic, out-of-work teacher takes a job as the wintertime caretaker of a snowy resort. He brings his wife and young son with him. He wants to get some writing done.

There's no creepier way to celebrate Halloween weekend than to walk the halls of the Overlook hotel with Jack Nicholson, Shelly Duvall and a whole host of homicidal ghosts.

Please leave your axes and Big Wheels at home.

Resurrection Night: The Return of the Living Dead

Halloween Mondays are for resurrecting the dead!

They're back from the dead and they're ready to rock! Shuffle on over to the Fox for a Halloween zombie party with this 1985 punk rock classic!

When a nerve gas from a mysterious military canister is accidentally released into the air, an army of ravenously hungry corpses rise from the grave and begin their hunt for human brains.

Luckily for those carnivorous cadavers, there's a group of unsuspecting teens partying nearby, and well....you know how it goes. 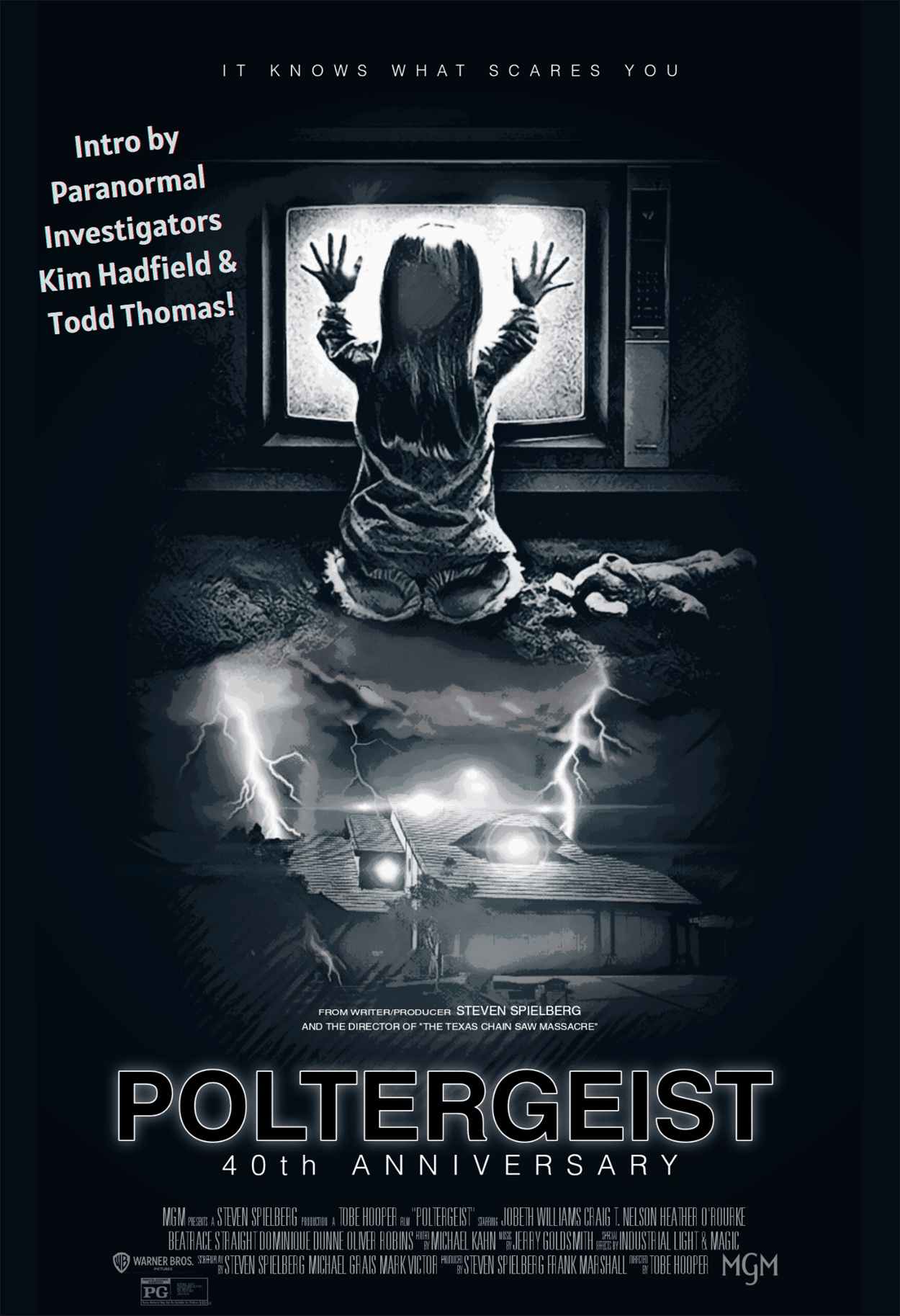 Celebrate the 40th Anniversary of this ghostly tale with a peek into the lives of local paranormal investigators Kim Hadfield (Halton Paranormal) and Todd Thomas (Six Nations Investigating Paranormal Encounters) as they introduce the film and share some of the spooky footage they've gathered throughout their ghost-hunting careers! Are poltergeists real? They'll tell us!

Followed by a creepy classic from Director Tobe Hooper and producer/screenwriter Steven Spielberg!

Late one night, 5-year-old Carol Anne Freeling (Heather O’Rourke) hears a voice coming from inside the TV. At first, the spirits that invade the Freeling home seem like playful children. But then they turn angry. When Carol Anne is pulled from this world into another, Steve and Diane Freeling (Craig T. Nelson and JoBeth Williams) turn to a team of paranormal investigators, including Tangina Barrons (Zelda Rubinstein), to get their daughter back from the other side.

Halloween Mondays are for resurrecting the dead!

“Calling "Re-Animator" a crucial gore movie is like saying that fire is hot.” - Zack Carlson, co-author of Destroy All Movies

Feeling like an amalgam of "Frankenstein", "The Beyond", and "Revenge of the Nerds", "Re-Animator" is where science meets chaos to produce an hyperactive overdose of gruesome insanity.

Herbert West (Jeffrey Combs) is a new student at Miskatonic University. He also moonlights as a mad scientist, intent on perfecting a serum that “re-animates” corpses. Soon, everyone wants a piece of the action, including an evil professor and his army of slime-covered deadites.

With berserker direction from Stuart Gordon, career-defining roles from horror icons Barbara Crampton and Jeffrey Combs, and a scene of two adults chasing an undead cat in a basement, "Re-Animator" isn’t just a masterpiece of the horror genre -- it’s a masterpiece of life. 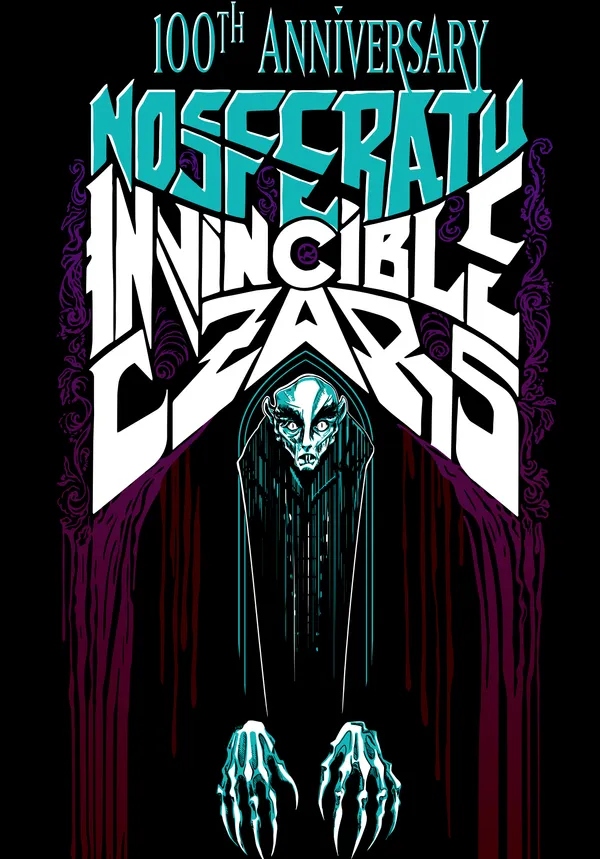 "Nosferatu" is one of the most revered films in the history of cinema and The Invincible Czars are bringing their updated soundtrack back for the centennial in 2022!

Using a mix of acoustic and electric instruments, The Invincible Czars' have been praised for making the near century-old movie “actually scary” for modern day audiences. Violin, glockenspiel, organ, flute, bass clarinet, voices and vocals, music box, loops, electric guitar, bass, piano and percussion all play prominent roles in the score and are a sight to behold when performed live by only four or five players! You'll never look at the tale of the mysterious Count Orlok (Max Schreck) again!

Hailed as one of the first-ever vampire movies — though it was almost completely lost when Bram Stoker's widow sued the filmmakers for copyright infringement and most of the prints of the movie were destroyed — "Nosferatu" is a must-see for all fans of the horror genre.